Islam literally means submission (of one's self to the One Creator - Allah). Islam is also derived from the Arabic word for peace; thus, the religion called "Islam" is grounded in the concept of peace in and through one's submission to the authority and will of Allah (God).

Founded in the seventh century AD, Islam is also the most recent and, some would say, most vital. Contrary to popular belief, Islam was not introduced by the Prophet Muhammad (S). Muhammad (S) was in fact the last prophet in a line of prophets - the first of whom was Prophet Adam (S). The revelation of Islam has taken place, at various times, through different messengers of Allah such as Noah, Abraham, Moses, Jesus and finally Muhammad peace be upon them.

The teachings of Islam are based on the nature of mankind. Islam is a set of teachings that has been revealed by Allah to mankind.

Today, Islam has more than 1 billion believers worldwide. "Muslim" is a word taken from the word Islam. It applies to the person who is ready to take orders from God and follow them.

Shahada:The witnessing of Oneness of Allah and Messengership of Muhammad (Peace and blessings be upon him). This is the first step for entering the life transaction of Islam. It is done with two witnesses and a person to take the hand of the one embracing the way. Then the person repeats slowly: "Ash Shadu an La illaha ill Allah wa Ash Shahadu ana Muhammad rasul Allah" Three times. This is the begining of the journey of peaceful self-submission to the will of Allah. Allah is Al-Rashid..."Guide to the Path."

Salat: Prayer is a very intrigal part of the way of submission as Allah has directed the believer to prostrate in prayer five times a day. The first is done at early morning just as the light of day begins. Next is just after the sun passes the Zeinith or highest point of the sky. Third is the afternoon prayer when the shadow becomes long. Then the sunset prayer, just after the disc of the sun goes below the horizon. Finally the night prayer when all of the color has left the sky and darkness has settled. This pattern sets the believer in tune with the Creator of all the cosmos.

Zakat: This is a tax taken by command of Allah and given to the needy and poor. It is a tool of social balance between rich and poor. If a believer has a certain level of wealth for a full year they must pay the zakat due on it. The Zakat-al-Mal is 2.5% of the taxable wealth.

Sawm: Fasting is perscribed for the month of Ramadan. This is measured by the lunar calendar and lasts 29-30 days. The believer abstains from eating, drinking, and having carnal relations with their spouse from sunrise to sunset. After sunset the fast is generally broken with dates and milk, as a tradition of the Prophet Muhammad (peace and blessings be upon him). This is usually followed by prayer and then a nice meal. It was during the month of Ramadan that the first verses of the Quran were revealed, so it is a common practice to read the whole Quran during this month. Also many acts of charity and other acts of worship increase in this time as well. It is a very beautiful time for gatherings and developing warm bonds between the believers.

Hajj: Pilgrimage to the First House of Allah; the Kaba, the foundation originally built by the angles and later Ibrahim and his son Ishmal rebuilt The House. This journey is made at least once in a life time if possible. The believer must have all debts taken care of and leave on the way with all worldly ties at ease. Millions of people from all over the world make thier way to the Kaba every year to fulfill this great act of submission. The people wear just two plain garments. It does not matter if you are from the east or west, rich, poor, white, black, or any other worldly distinction, everyone arrives with the same purpose which is the true meaning of life all together: To worship Allah! 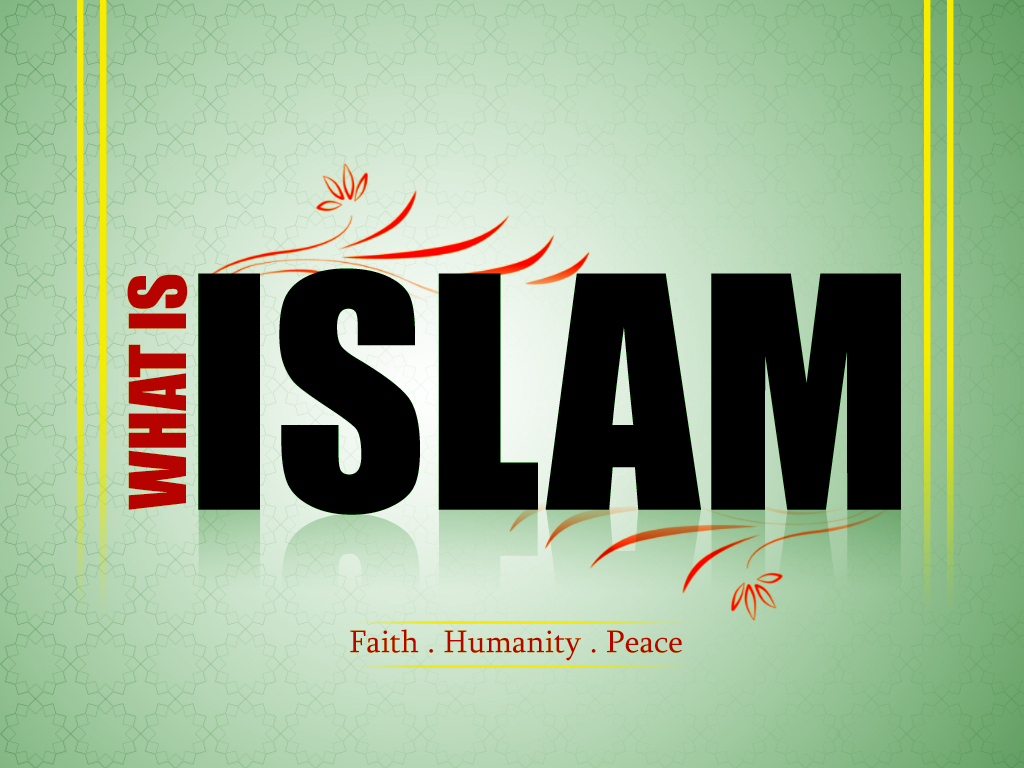